Arsenale is inspired in the name and design by the shipyard of the Serenissima Republic, known worldwide for the production of vessels and merchant ships. The 316L surgical steel recalls the metal processing used in the construction of submarines and naval armaments in the twentieth century. 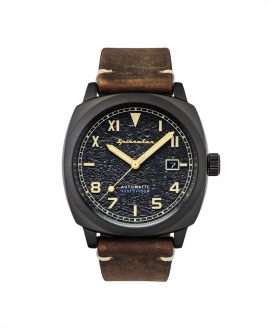