This historically significant American watch is being re-issued with the backing of  Watch Angels for the pleasure of the entire watch enthusiasts community. This important timepiece is dedicated to those who always wonder about the history of a watch and the impact it has had on the world.

It all started in WWI. Trench warfare was messy and hard. The trenches themselves would fill with mud and water from relentless shelling. And if mud and water didn’t destroy your watch chlorine & mustard gas would. 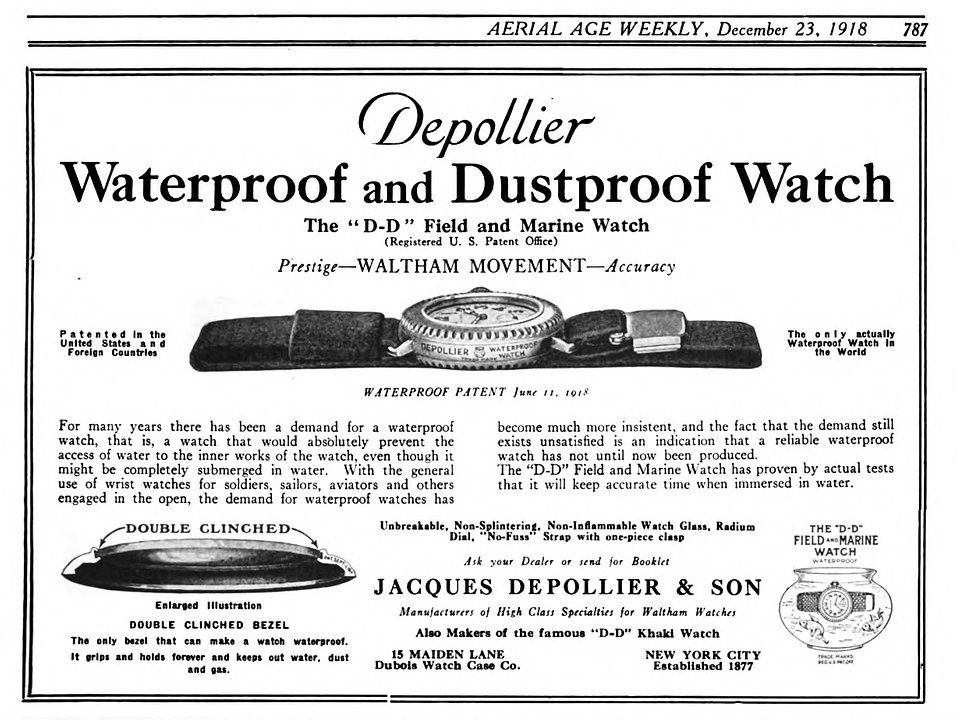 An original ad for the Waltham Field & Marine

There was a vital need for a waterproof watch and existing products just weren’t up to the task. This is when an American named Charles Depollier came in and changed the world of watchmaking forever by creating the first waterproof watch that actually worked, exclusively housing Waltham movements.
A double clinched bezel invented by Depoiller, a threaded hermetic case design and a screw down crown design made the Field & Marine virtually impenetrable.

Furthermore, to tighten the watch case he created a tool, the “Chuck Key”, to torque down the bezel & case back for a watertight seal.

All waterproof watches and dive watches on the planet today can be traced back to the Waltham Field & Marine incorporating Depollier’s technology.

The legacy of Depollier’s & Waltham’s horological advancements still echoes very loudly today. This is the reason for Waltham to open a new page in its history by re-issuing the Field & Marine with its famous crown technology in 2021.

Nothing is more difficult than re-issuing a watch that made history, making it relevant to the present. It would have been easy to design exactly the same timepiece, but Waltham would not have designed it in the same way with today’s technology. For this reason the logic of the original innovation as well as the design codes have been preserved, but executed according to today’s standards and sensibilities. The purpose was to create a future collectible, not just a copy of the 1918-1919 watch.

The crown system
As a homage to the original Depollier crown technology the 2021 Field & Marine features a similar, but perfected, crown locking system. The crown is locked against the case with the aid of a bayonet system, while a brass lever, interlocked with the crown system, show the status of the crown (locked-unlocked). This security systems prevents to involuntarily compromise the water-resistance. 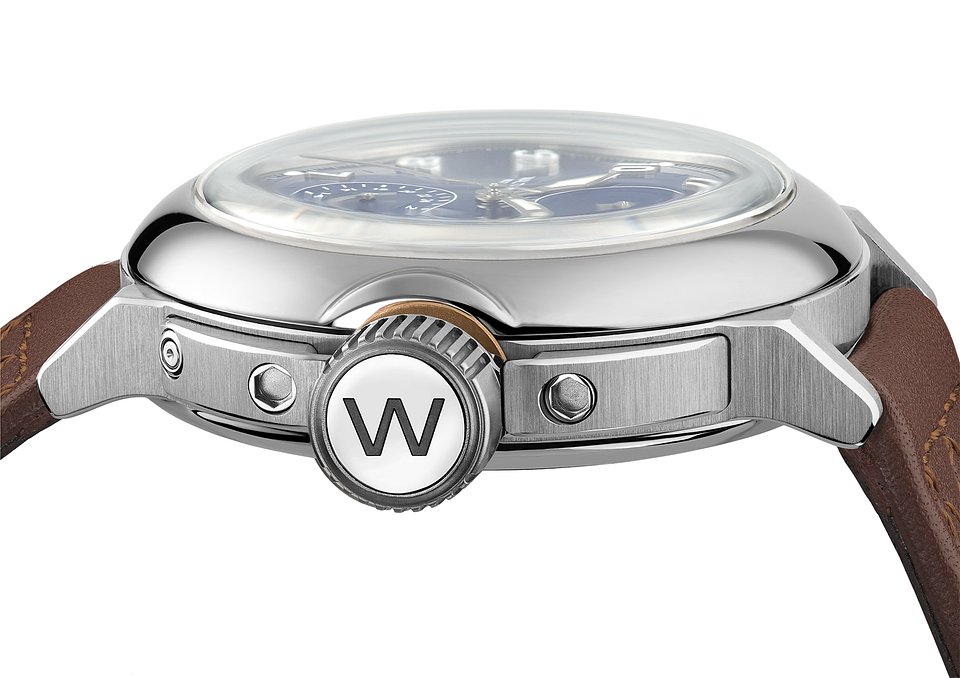 The water-resistance
The 2021 watch construction features a compressor style case-back and water resistance has been brought to 30ATM (300m-1000ft) giving the term “Marine” in “Field & Marine” a contemporary meaning by bringing it to a professional diving water-resistance specification.
The models
The 2021 Field & Marine collection features two models
Dual time |24h with power reserve indicator an automatic, encasing a Soprod C115 movement, in 43mm 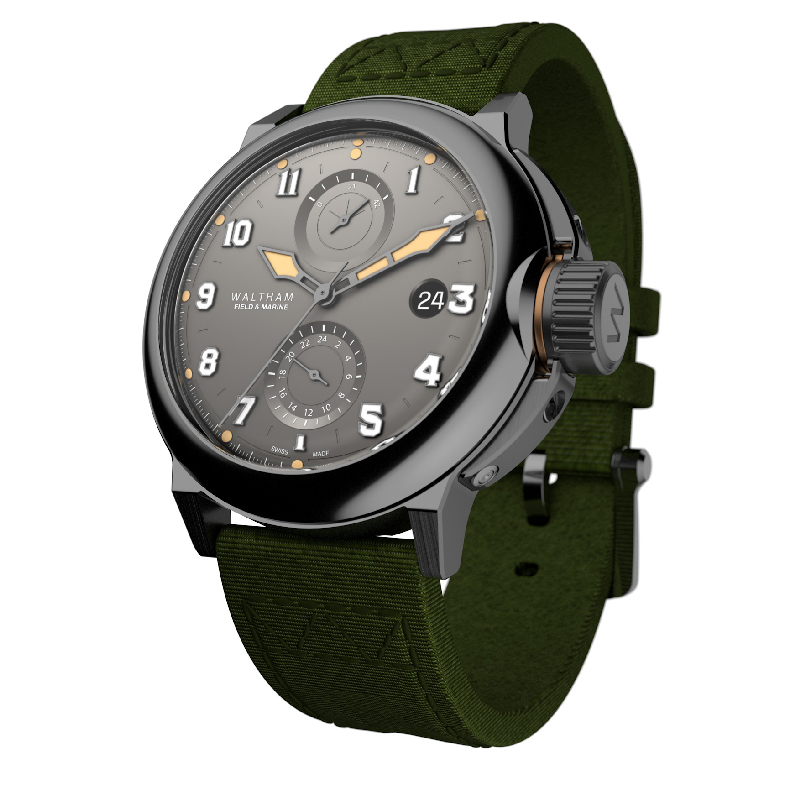 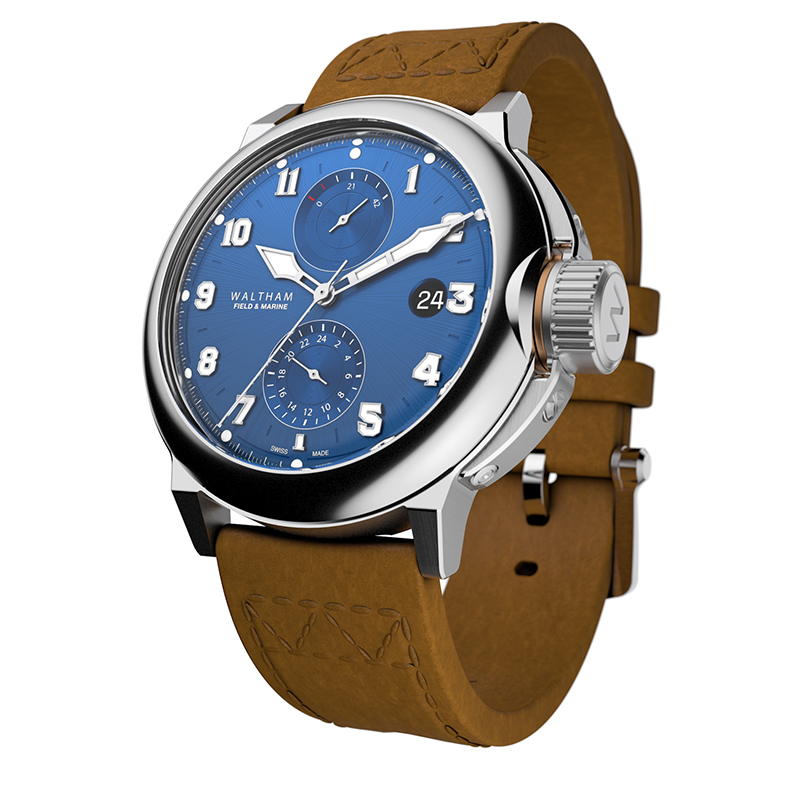 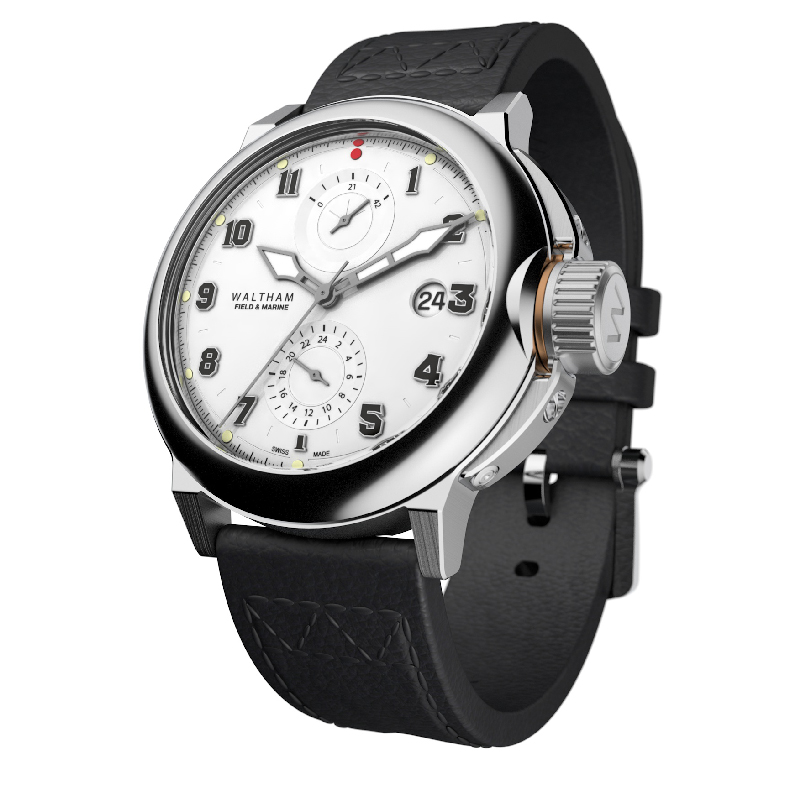 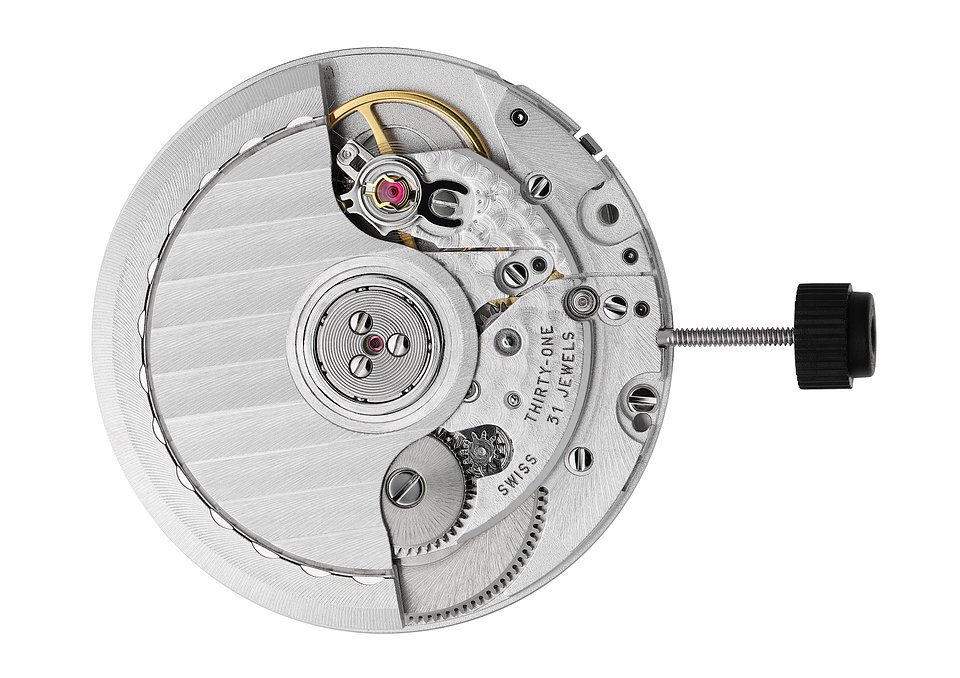 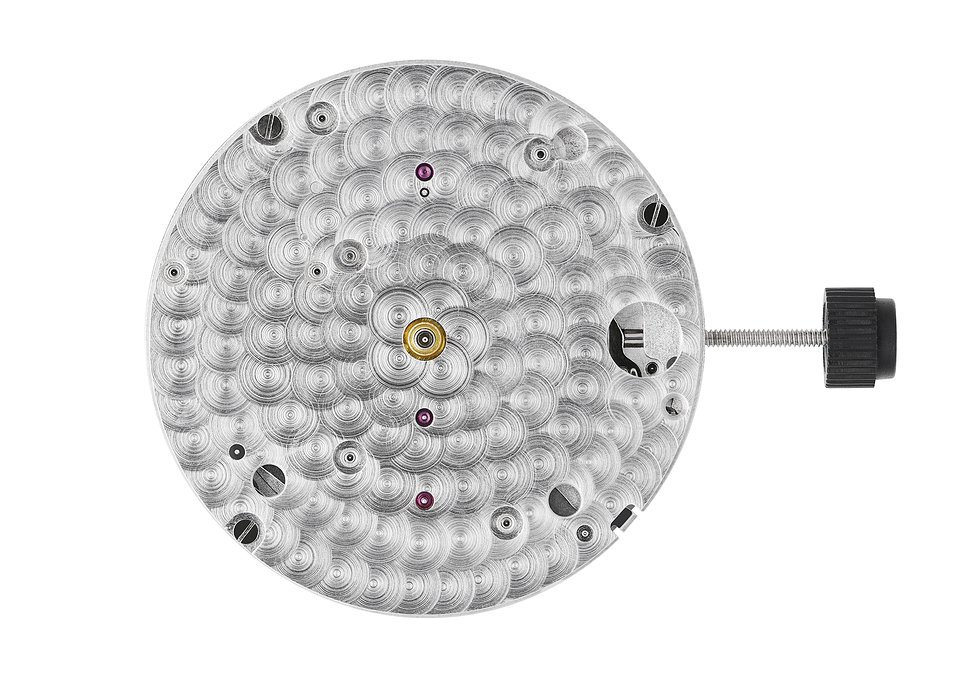 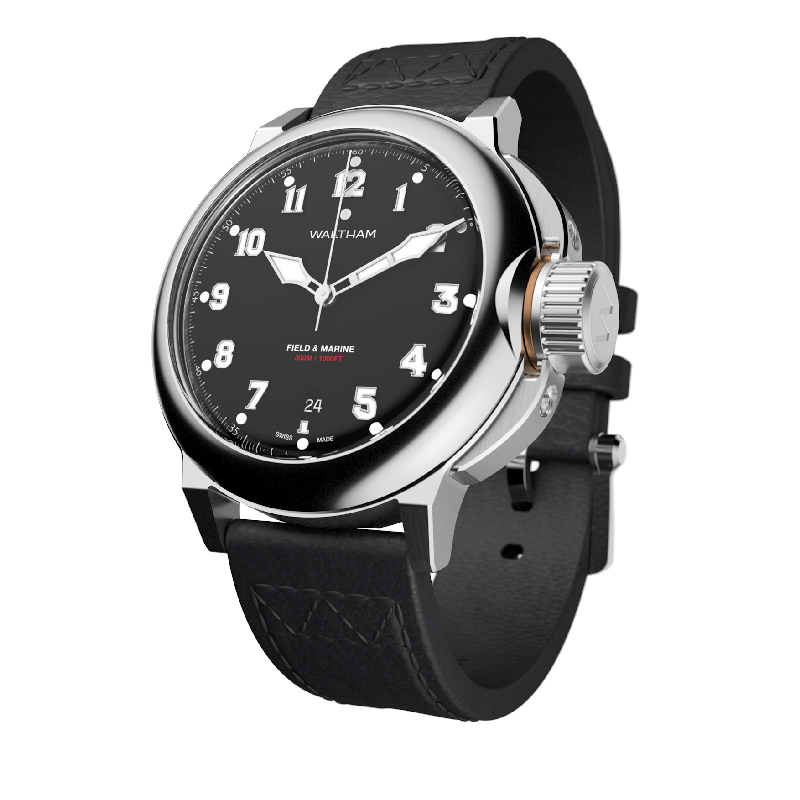 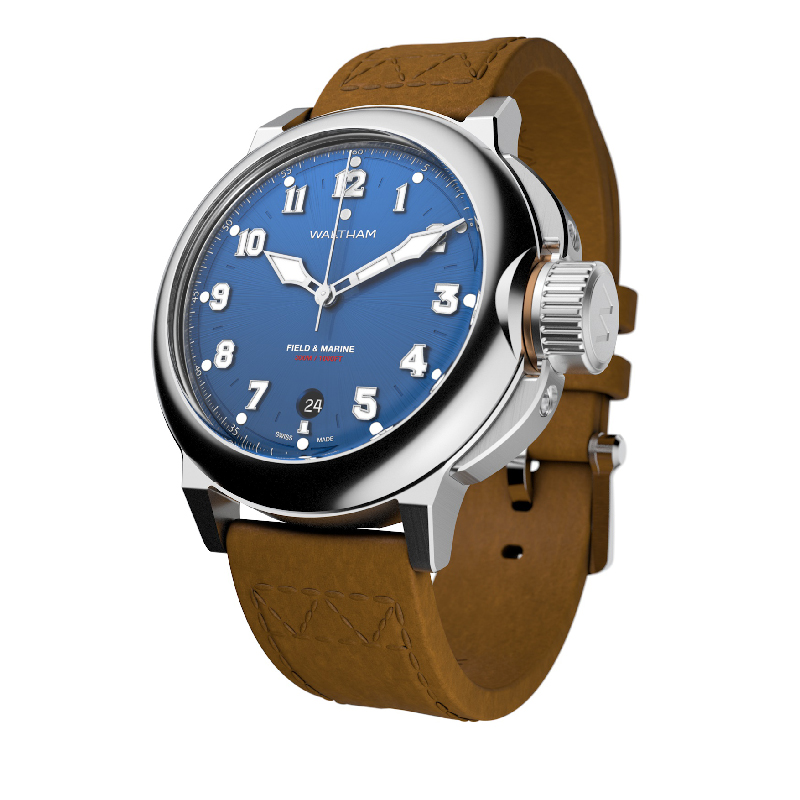 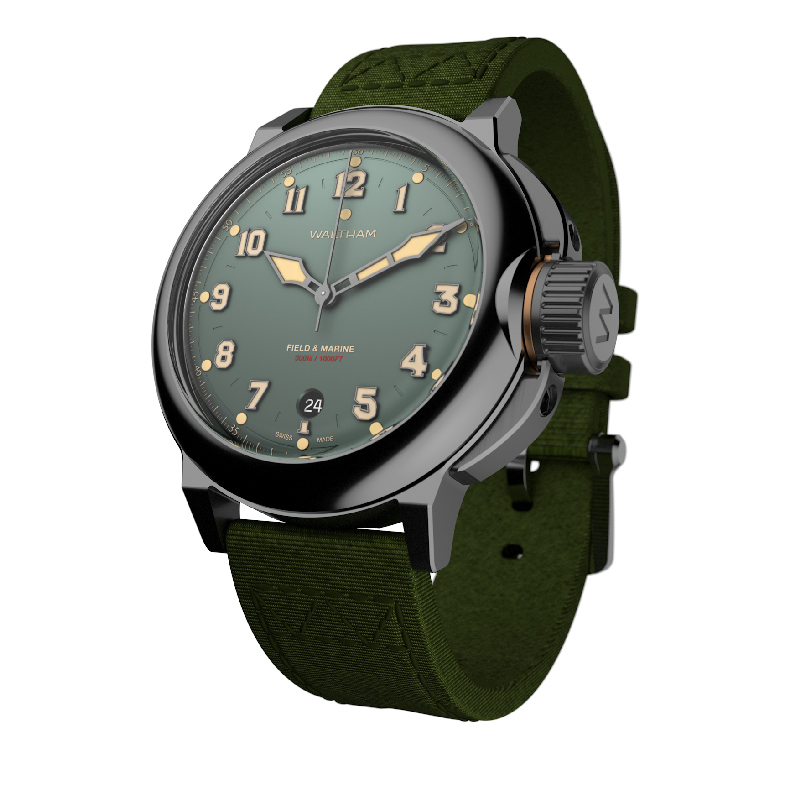 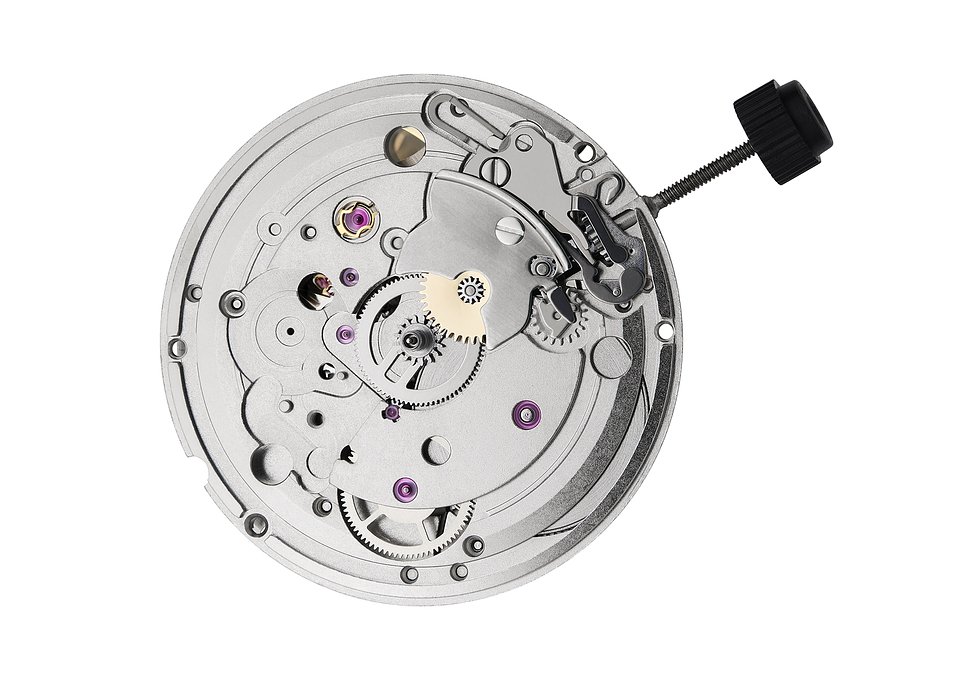 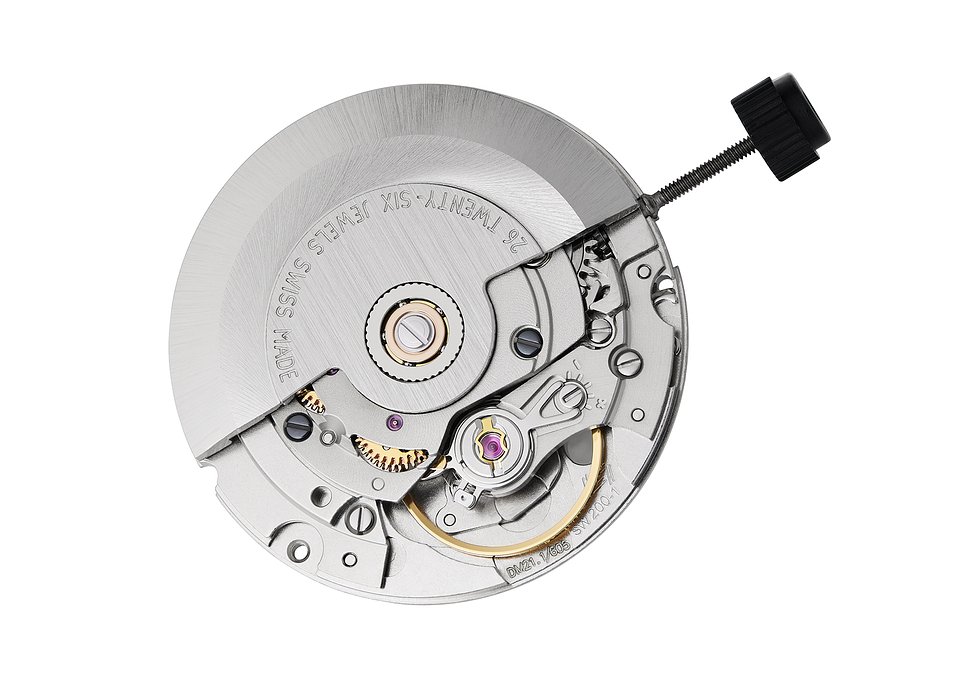 The angel pre-sale opened on 16.2.2021 and sold out in less than 24H. Every watch found its Angel and thereby the community activated the project.
Currently the public pre-sale is active on Watch Angels and will run until the 31st of May 2021. Production run is limited.
Public presale prices:
Automatic GMT/Power reserve: 1.280 CHF (SS) – 1.350 (SS/Gunmetal) Suggested retail price respectively 2.750 CHF and 2.850 CHF
3 Hands-Date Automatic:  795 CHF (SS) – 865 CHF (SS/Gunmetal). Suggested retail price respectively 1.690 CHF and 1.790 CHF
About Waltham
The Waltham Watch Company, also known as the American Waltham Watch Co. and the American Watch Co., born from an idea by watchmaker Aaron Lufkin Dennison, produced about 40 million watches, clocks, aircraft instruments, speedometers, compasses, time fuses, and other precision instruments between 1850 and 1957. It invented the American Watchmaking System which made mass quality watch production possible, inspired Henry Ford’s Ford T assembly line, and which was later adopted by the Swiss watch  industry.  The company’s historic 19th-century factory in Waltham, Massachusetts have been preserved as the American Waltham Watch Company Historic District. Waltham project page
About Watch Angels
Watch Angels is a leading Swiss watch manufacturer based in Mendrisio, Switzerland. It has developed the Crowdmanufacturing system and operates the watchangels.ch community platform. It executes the Crowdmanufacturing projects on behalf of the creator and acts as the contractual party to the buyer. More 40 years of experience in the industry, working for the most renown brand names, confirm its relevance within the Swiss watch industry. The Watch Angels Crowdmanufacturing system offers up 4.5 times the value and 1/4th of the price to Watch Enthusiasts. Watch Angels website
Previous Post
Next Post