If you’re a person who is interested in engineering, you’ll almost naturally become fascinated by mechanical watches, because mechanical watches are, in a way the epitome of fine engineering. An advanced mechanical movement is made up of hundreds of parts that have been meticulously assembled so that they can power the various functions of a watch. There’s nothing else to say than that watchmaking is an incredibly impressive art, and wearing a mechanical watch, therefore, means that you’re wearing a piece of advanced engineering on your wrist, which have demanded many work hours to manufacture. And the more expensive and rare you tend to go with your watches, the more advanced the mechanical movements tend to be, and thus the more fascinating the watch tends to become.

Therefore, it’s really impossible to compare a good mechanical watch with a cheap quartz watch, yet still, so many people make that comparison. Yes, a quart watch will tell the time more accurately than a mechanical watch, no matter if it costs tens of thousands of dollars or hundreds of thousands of dollars, but frankly, it’s not about that. It’s about being proud of what you wear, and appreciating the thing you put on your wrist – just like a piece of art that you can admire. The mechanical watches of today use the same techniques that were invented and used hundreds of years ago. It’s an art that continues to be relevant, but also an art that continues to innovate and push boundaries, despite being established many, many years ago. Today, complicated movements are innovative and modern piece of craftsmanship that has been improved, refined, and perfected for centuries.

With a cheap quartz watch, you’ll get a product that has seen no love in the manufacturing process, and most likely been manufactured by people of poor working conditions. The mechanical watch, on the other hand, is manufactured by skilled watchmakers who have educated themselves for a long time in order to master advanced watchmaking.

When wearing a cheap quartz watch, most people don’t feel proud when they wear it. More so the opposite. But with a mechanical watch, people tend to feel proud and happy about what they wear, and naturally tends to be more confident. 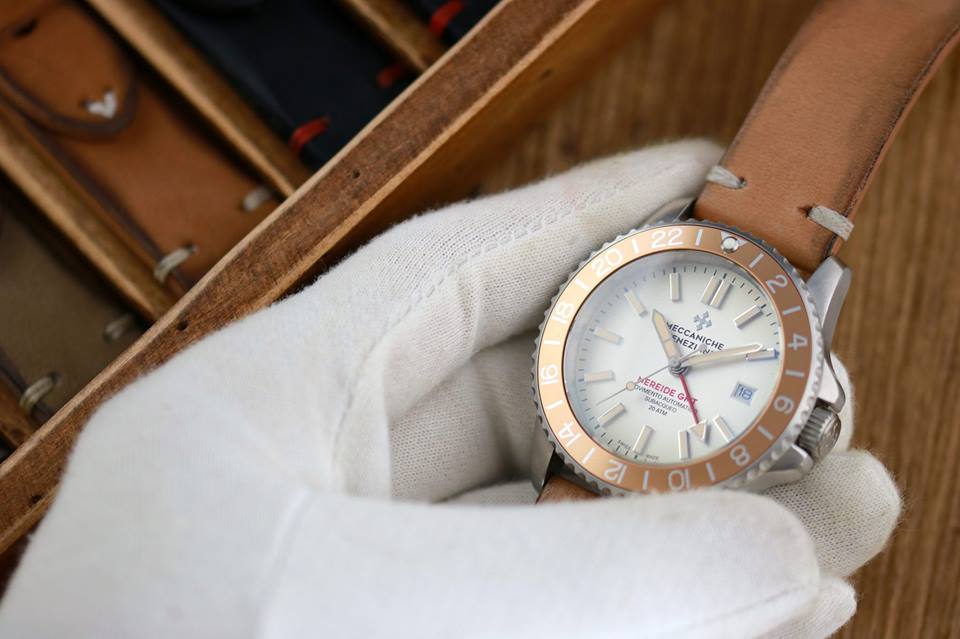 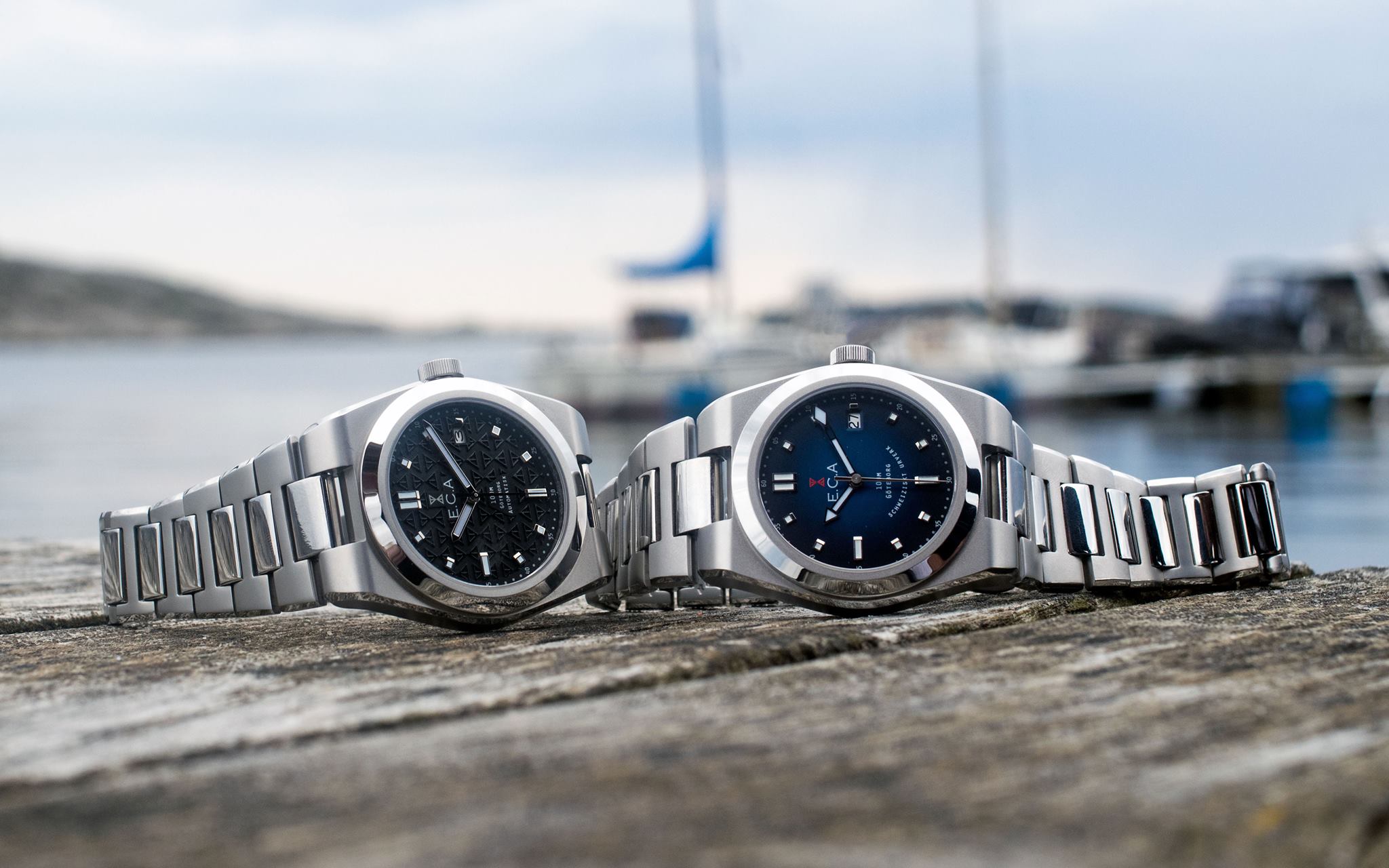 This is yet another reason why mechanical watches are loved among watch enthusiasts, and this point can focus on two things. First off, the heritage of the watchmaking tradition and the brand that makes your watch, and then, more personally, the heritage and history of your watch that you can keep as an heirloom to future generations.

The watchmaking tradition is one that is long and rich, and the fact that it is several centuries old makes watchmaking an interesting piece of history that adds to the appeal of mechanical watches. Mechanical watches were initially not what they are today, but through innovation, they have been able to improve, become refined, and more accurate, yet still paying respect to traditional watchmaking heritage.

A mechanical watch is something completely different from most consumer products in today’s society, and in that way, they become an interesting contrast to the general view of things. Today, many people see most objects as things that have no real value other than what they do – for example, a shirt gives you warmth, a phone allows you to call, a quartz watch tells the time, however, when these things break, most people throw them away without second thought.

No watch enthusiast would ever do that with a good mechanical watch since they appreciate the heritage of the watch – the craftsmanship, and the many centuries that went into developing an industry that demands great attention to detail, and where a 100th of a millimeter can make all the difference in the world.

What many people love about mechanical watches is that because they are able to become so old and still continue to tick, they create their own heritage and history, which makes them more appealing. All objects that have a personal affection value tend to be far more appreciated than those that don’t, and mechanical watches have all the preconditions for becoming just that. In fact, Patek Philippe has the slogan ”create your own traditions” and ”you never actually own a Patek Philippe, you merely look after it for the next generation” which really goes to show that these advanced pieces of mechanical craftsmanship will continue to tick generation after generation, and collect a ton of memories and histories over time, giving them a greater depth of affection value as well.

Fine watchmaking has passed the test of time. It, therefore, gives buyers of mechanical watches a confidence that what they’re buying isn’t something that will last a few years, but rather several generations. 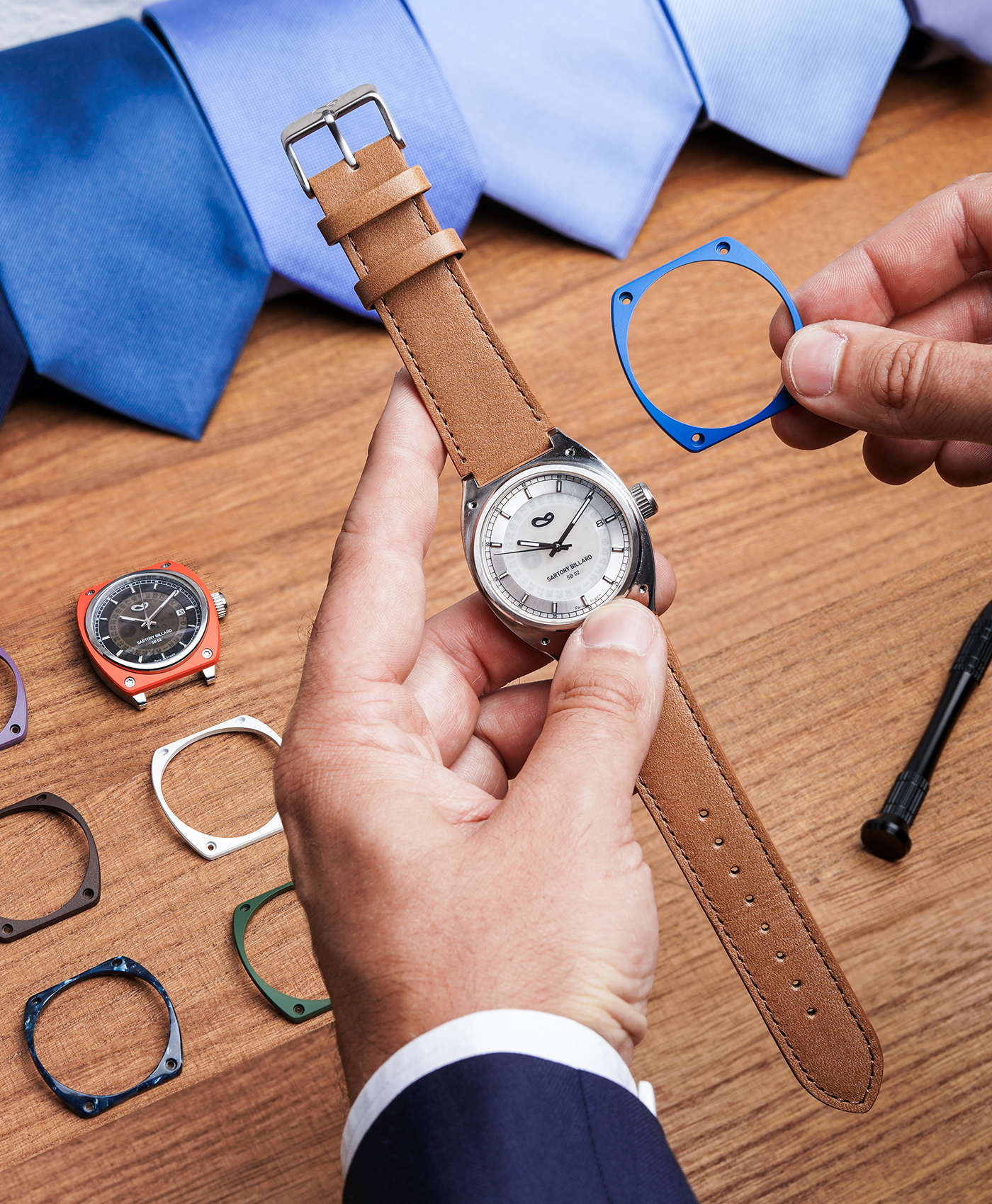 Things that have a great craftsmanship tend to increase, or at least hold their value, quite well. At least substantially better than buy and throw consumer products. Mechanical watches, generally speaking, tends to hold their value, especially if you look at the reputable and most famous watch companies, such as Rolex, Patek Philippe, Audemars Piguet, etc. If you take a look at their vintage watches, you’ll see that many of them have skyrocketed in value over the years. Now, don’t take for granted that you’ll make money on your mechanical watch, however, when you buy a cheap quartz watch, you’ll lose 100% of what you paid for it when you throw it away. This is something that will never happen with a mechanical watch.

Good mechanical watches tend to be expensive, but that’s because, in many cases, many working hours have gone into only assembling the movement by a skilled watchmaker, but then comes the designing, innovating, and years of development of that particular movement. It truly is a piece of history that you wear on your wrist. 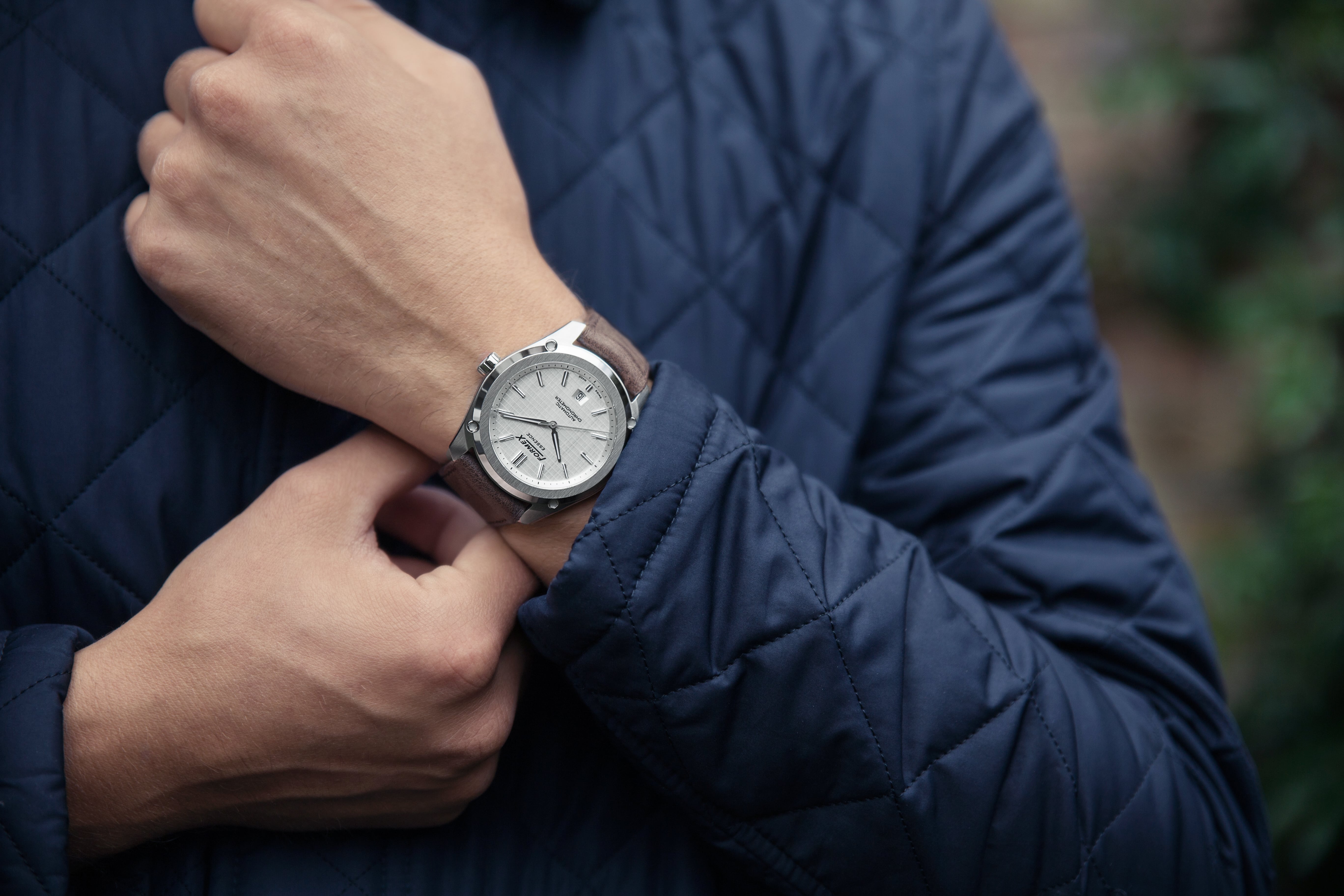 Advanced mechanical watches tend to be far more beautiful to look at than cheap quartz watches. And this makes sense because making a movement has demanded countless working hours, and so it would be a shame if that movement was then put into a poorly made case.

If you buy a mechanical watch that has been designed for its visual appearance, you’ll be able to admire it through the casebook, but if you’ve bought a watch such as a Rolex, you will have bought not mainly a beautiful movement to look at, but still an advanced piece of craftsmanship that has been iterated, innovated, and refined, and developed to be a reliable workhorse as opposed to something beautiful to look at.

On watches such as Patek Philippe and A. Lange & Söhne, you have see-through casebooks where you can admire the incredible pieces of craftsmanship that went into the watch, and these have, to a large extent, also been made to be visually appealing as well, which further adds to the appeal of a mechanical watch.

Good mechanical watches are interesting to look at, seeing each and every component, and being fascinated by how all of those can make a mechanical piece of engineering that is 99% accurate. That is amazing. 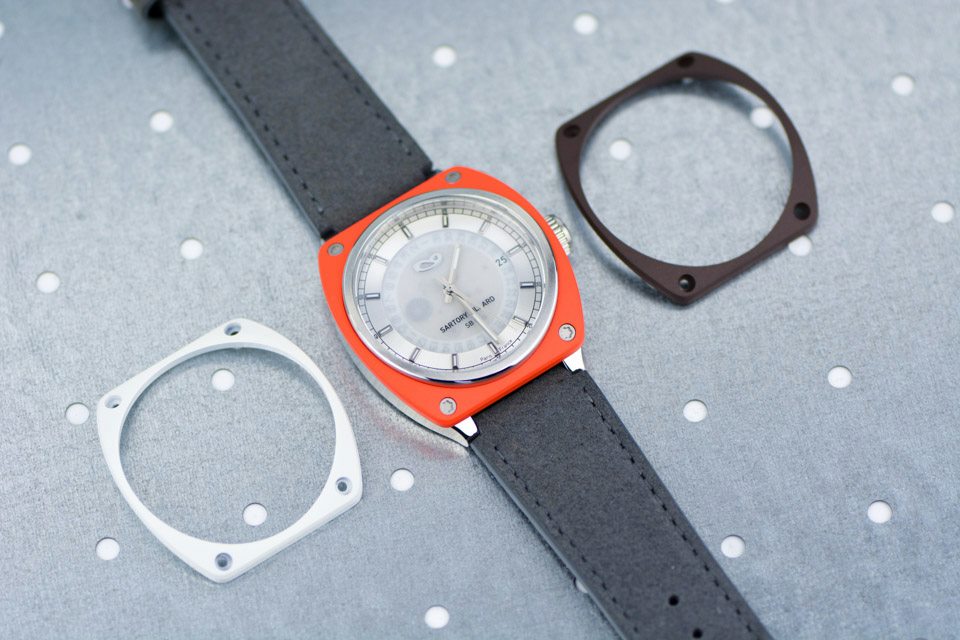 4 thoughts on “5 Reasons Why We Love Mechanical Watches”